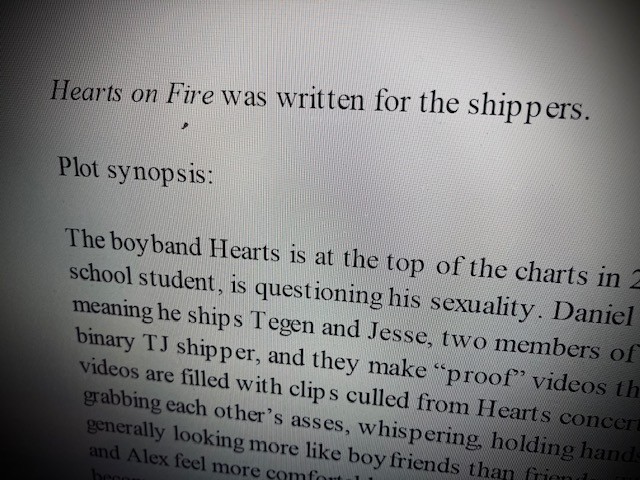 The boyband Hearts is at the top of the charts in 2019 America. Daniel, an Iowa high school student, is questioning his sexuality. Daniel has become a secret TJ shipper, meaning he ships Tegen and Jesse, two members of Hearts. He has befriended Alex, a non-binary TJ shipper, and they make “proof” videos that they post on social media. The videos are filled with clips culled from Hearts concerts. The footage is of Tegen and Jesse grabbing each other’s asses, whispering, holding hands, sitting in each other’s laps and generally looking more like boyfriends than friends. The shipping somehow helps Daniel and Alex feel more comfortable about their own identities and sexualities. The videos become very popular, and the record label gets concerned.